Hope for the Heroes

Hope for the Heroes is the perfect combination of music, sight-seeing, and volunteerism. Select vocal and instrumental ensembles will gather in Nashville to record and perform in support of our Nation's Wounded Veterans.

You will record in the heart of Nashville at a professional recording studio like Ocean Way where performers such as Beyoncé, Kelly Clarkson, Dolly Parton, and Jon Bon Jovi have recorded. Each ensemble will record a track with professional musicians.

You will take the stage in a starry concert to benefit Wounded Warrior Project. Ensembles will perform their piece for a live audience alongside some of Nashville’s best musicians and performers.

100% of Hope for the Heroes proceeds benefit Wounded Warrior Project. WWP's vision is to foster the most successful and well-adjusted generation of wounded service members in our nation's history.

In 2021 we dedicated one of our songs to all affected by the global pandemic. Here is "Winter Song" performed by Sal Gonzalez, Jacque Carnahan, and Westminster Christian School

2019 Hope for the Holidays Album

"Carol From An Irish Cabin"

"Have Yourself a Merry Little Christmas"

"Up On The Housetop"

Learn about the Wounded Warrior Project 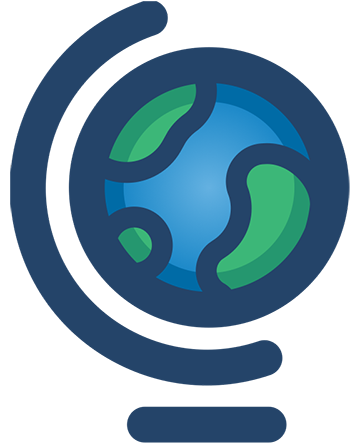 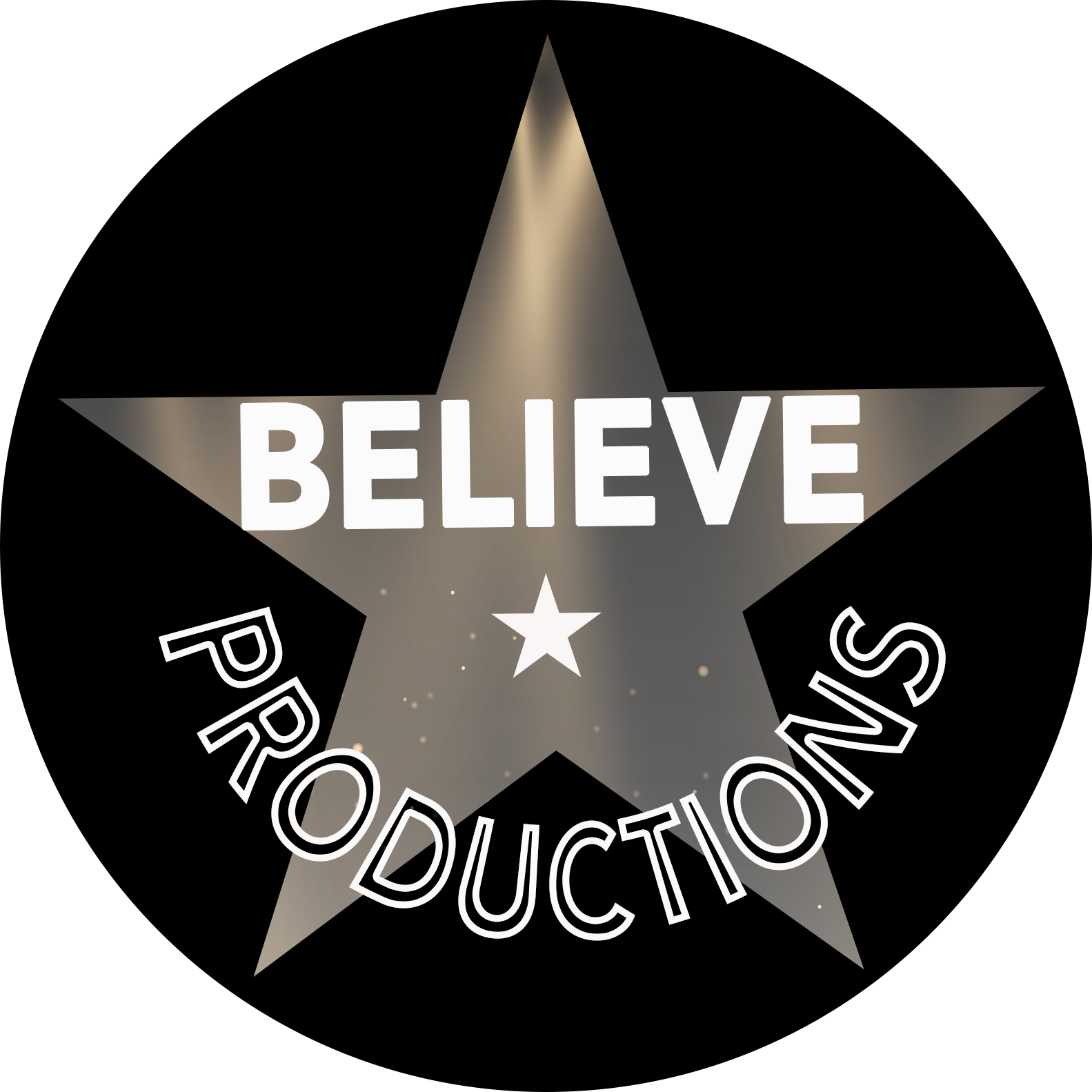 Sal proudly served in the United States Marine Corps as a machine gunner and was awarded the Combat Action Ribbon and Purple Heart for wounds received in combat. Sal currently makes his home in Nashville, Tennessee, where he writes and performs music. Because of his musical talents, Sal has recently appeared on “America’s Got Talent” and “Nashville.” He also recently performed with Keith Urban. Sal continues to serve his fellow warriors by sharing his story and introducing them to Wounded Warrior Project, an organization that was central to his recovery.

Just off his 14-city headline tour, and with over 30+ million streams, Rolling Stone's "Country Artist You Need To Know," Ryan Kinder, is staking his claim in the country music spotlight. Known for his raw and real talent, Kinder is an exciting addition to the Hope for the Holidays lineup. Kinder's golden voice and masterful guitar skills will be paired in studio with an all guitar high school group from Texas. It will undoubtedly be a powerful recording session and a track you'll want to play over and over again on the album. Hear more of Ryan Kinder at https://www.ryankinder.com/.

Jacque produced her first one woman show at the age of 14 at the San Luis Obispo Little Theater in California. Since then, she has become a sought-after event producer not only on Broadway but also around the country. She has a knack for knowing what an audience will love and brings a feeling of joy and celebration to every project. Jacque is a graduate of The Boston Conservatory cum laude and Idyllwild Arts Academy. She has performed around the country and in New York City at venues such as Town Hall, Alice Tully Hall, The Irish Repertory Theater, The York Theater, 54 Below, Green Room 42, and more.

Jacque is a self-starter and truly believes anything is possible with the right people in the room. Many have inquired how her annual Broadway benefit concert, Arts for Autism, ended up at the Gershwin Theater. Jacque’s reply: “I called them. You never know until you ask.”

Keiji is a professional music director, pianist, arranger, composer and teacher throughout New York City and Westchester. In addition to his work on RENT at the Edinburgh Festival Fringe, he has vocal coached and music directed for Pace University, Ars Nova, the Lucy Moses School at the Kaufman Center, Crestwood Music Education Center, PlayGroup Theater, Brooklyn Friends School, and the Beacon School. A graduate of Yale University where he music directed such groups as the Whiffenpoofs, Keiji also continues to lead a cappella ensembles, including the semi-professional Lost Keys of New York.

Keiji is also an avid vocal arranger, his pieces having been performed throughout the world and on such TV shows as Glee! His recently published Book of Rounds--21 epiphanal pieces written in conjunction with songwriters Julie Flanders and Emil Adler--is scheduled to be performed in its entirely by Chorus Austin in November 2016.

Tony currently keeps quite busy tracking drums for all kinds of projects, Country, Rock, Pop, Christian Contemporary and Jazz. He has most recently been featured on Discrete Drums’ “Heavy Mental” Sample Library, worked with Grammy-Nominated producer Matt Bronleewee on Rebecca St. James’ most recent single “Alive,” and perhaps one of the most favorite projects, “Songs From The Neighborhood,” a tribute to Mr. Rogers. He had the honor of working with artist such as Amy Grant, John Pizzarelli, Crystal Gayle, Bobby Caldwell (What You Won’t Do For Love), Roberta Flack and Vocal Legend B.J. Thomas! His work takes him to some of the finest recording studios Nashville has to offer! Chances are, though you’ll catch him as his exclusive drum tracking room “The Downtown Batterie.” The “Batterie” has received acclaim from around the world! Mix Magazine used Tony”s room as the “Template” for the personal drum tracking room (Mix Mag Jan ’05). Tony’s drum tracks are currently being played on radio stations and televisions across the country. Most recent tracks will appear on Regis and Kelly and numerous TV commercials.

Lets not forget to mention that Tony is an accomplished producer himself! His latest work with former Avalon vocalist Cherie Adams, “The Sweet Life,” is climbing the charts. “Water,” the first single from “The Sweet Life” went Number 1 in radio markets across the Midwest!

“A melody, a lyric, or a certain harmony can trigger memories,” says conductor Jeffrey Reed.

Reed has been bringing back the memories as music director of Orchestra Kentucky since he founded it in 2000. Sometimes combining classical and popular music, his concert presentations are singularly authentic, recreating the soundtracks of music’s greatest decades. From the 17th century to our time, his concerts celebrate anniversaries and music milestones, from Beethoven, Mahler and Stravinsky, to Elvis, The Beatles and The Carpenters, drawing on some of the nation’s brightest musical talent.

In the United States, Jeffrey Reed has conducted the orchestras of Alabama, Augusta, Charleston, Detroit, Knoxville, Louisville, Memphis, Nashville, Omaha, Phoenix, Portland (ME), Quad Cities (IA), Sacramento, South Bend and Winston-Salem. This season he will return to the Quad Cities and will appear for the first time with the Greensboro (NC) Symphony Orchestra.

His programming has been nationally recognized. Bestselling author and marketer Seth Godin singled out Jeffrey Reed in his best-selling study of new creativity, “Small is the New Big.” Godin praised his “clever” concerts and praised the “totally different way” Reed approaches programming. Reed is the only musician featured in the book.

In 2015, the University of Louisville named Reed its Alumni Fellow for the School of Music in recognition of his distinguished work in his chosen field. In 2008, he received the Jefferson Award for public service in South Central Kentucky.

In addition to his work with Orchestra Kentucky, Reed served as principal guest conductor of Symphony Orchestra Augusta and has also served as music director of the North Charleston Pops and the Murfreesboro Symphony.

David Wise - A full time session singing, arranging and producing veteran of 20 years, David calls Nashville his home. He is a top Vocal contractor in Nashville and rapidly becoming an in demand Producer. As a session singer, he has sung on thousands of recordings over the years. Some of his most recent work includes working with artists: One Republic, Lady Antebellum, Dolly Parton, Steve Green, Sandy Patti, Walt Disney World, Macy's Thanksgiving Day Parade, RCCL, Celebrity Cruise Lines and the new Jersey Boys Movie Soundtrack. Davids voice can also be heard in California at Disneyland every night singing the parks closing song "Wishes". A Dove award winner and recent nominee, David is also a well respected Arranger in Nashville and has arrangements published with: Word Music, Lifeway Music and JW Pepper. David has also arranged numerous vocals for: Walt Disney World, Tokyo Disneyland, Sea World, RCCL and many many more. Over the past 5 years, David has expanded his studio experience into high end production projects. Everything from rhythm section, small ensembles, to 60 piece orchestras, David brings a unique ability to "speak everyone's language"